US Open Champion Gary Woodland. I’ve got this…….. 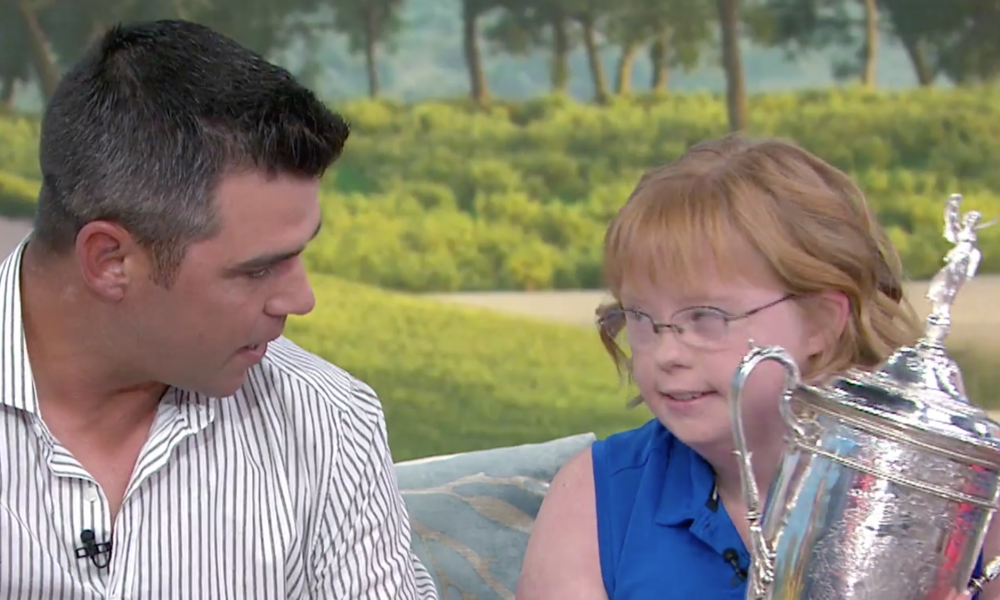 Watching the US OPEN, played at Pebble Beach this past weekend, was a real sporting treat.

Not only to watch the very best scramble it out on a course designed to punish errant shots with double bogeys, but for the INSPIRATIONAL STORY which played out in front of millions around the world on YouTube……….

With World Number One and two-time US Open Champion Brooks Koepka breathing down his neck on Sunday, Gary Woodland had to produce something very special to be crowned the new US OPEN CHAMPION.

He did it in style, accrediting his victory to a special Olympian golfer Amy Bockerstette, who he had met earlier this year.

Amy inspired him with her love for golf and love for life – and helped him find the perfect way to keep any doubts from creeping in on Sunday.

On becoming the US OPEN Champion, Gary Woodland had the following to say:

Life’s not always going to be bells and whistles. There are going to be bad things in your life, a lot of ups and downs, but the only thing you can control is your attitude. And if you do that, in the end good things will happen.

That’s what the champion golfers do so well.

They cast aside any doubt.

Most amateur golfers do the exact opposite by focusing on all the bad things – and what can go wrong.

Never confuse the most important part of you – your subconscious mind. You cannot have thoughts of victory and defeat in your mind at the same time. The subconscious mind has the power to send sabotaging messages to your body. All it takes is a kernel of doubt”

Together, Gary Woodland and Amy Bockerstette showed the world the power of Affirmation, Belief and Confidence – the ABC of champions.

Well done Gary Woodland; now you have it……..