Trevor Fisher Jr. And the fine line between the smooth and the rough. 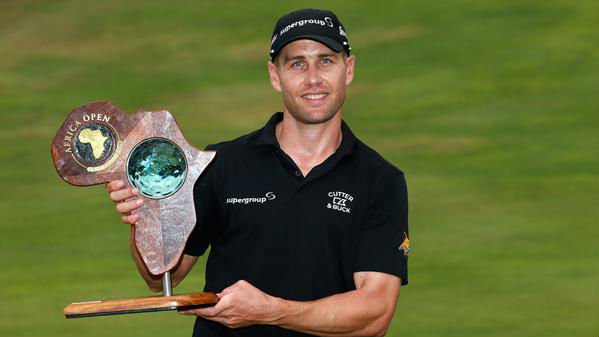 Trevor Fisher Jr romped to his maiden tour title at the Africa Open this weekend. He shot an astonishing final two rounds of eight under 63, and nine under 64 over a costal links type course that has high risk and reward. He commented that it’s a tough game, where it’s often best to have a ‘keep smelling the roses’ approach – a game where the fine line between the smooth and the rough is exemplified. Just ask SA Open and Jozi Open winner, Andy Sullivan, who missed the cut on the tough East London lay out, after carding a 77 on Friday.

Fisher felt like he was a man on fire, after hearing Bruce Springsteen’s ‘I’m on fire ‘, playing in the courtesy car , on the way to the course on Sunday. For him it was just one of those days, or should we rather say two of those days, when everything just goes ‘figuratively’ right, shooting a remarkable 17 under over the weekend. Fisher commented that his approach to the game has changed after so many years at the tour schools: ‘It’s not the end of the world to me if I win or lose. I will still wake up with a smile on my face. Well, that smile just got a lot bigger, having won the Investec Cup Race, and now bagged the African Open .It makes all the difference, as it enables one to pick and choose where one plays on the European tour. It brings on freedom for any golfer

Fisher’s chance connection with Springsteen, reminds me of the words Jos Vanstipout spoke to Retief Goosen on the eve of his first US OPEN victory.

‘The Black Mamba will strike. Nobody knows who Retief Goosen is. It will be a sneak attack. Nobody will see it coming.’

Faith, Confidence and Belief are the real game changers in any golfer’s bag – they are the extra clubs. And add one called freedom. Fisher has now joined the likes of Retief Goosen, Charl Schwartzel and Louis Oosthuizen who have all won The Africa Open. Hopefully it’s an omen, he commented. Let’s hope so too, for this very popular man from Modderfontein. He certainly has the right mindset and the right long iron game to go all the way when the going gets tough – and especially when the fine lines close in.

Sport has a wonderful way of teaching us about life.

Rob Opie is a brand consultant, key note speaker, author and game changer to individuals and organizations. For more insight and inspiration derived from the great champions of business, sport and life – please visit Rob’s site at http://www.thegameplan.co.za/