The Sharks. Stacking undue pressure on themselves ……. 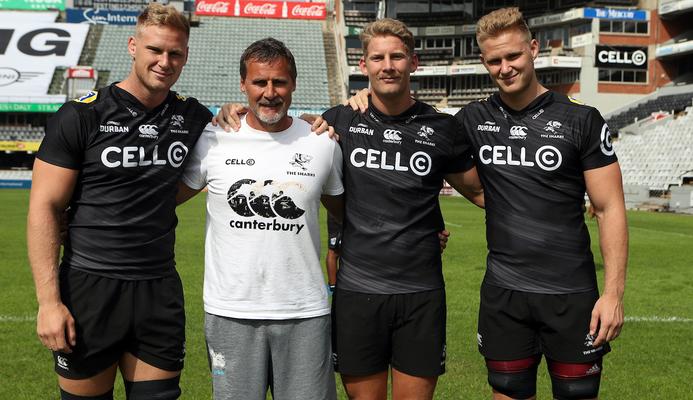 Congratulations to The Sharks on their first win in Sydney since the year 2000.

Great teams are those who go on to achieve:

If the Sharks want to be a GREAT TEAM, they will need to make a few changes, as TALENT, TECHNIQUE, TECHNOLOGY and TRAINING – all of which they have in abundance – will only take them so far.

Then it all comes down to the all-important ” T ” in the GREATNESS EQUATION:

Unfortunately we have witnessed THE SHARKS falling into one of life’s common ‘human traps’  – which has led to them placing immense undue pressure on themselves.

The human trap I’m referring to is one called…

Any team with an underlying culture of nepotism will find it increasingly difficult to produce the goods on a consistent basis –  and sustain high- performance levels.

It’s a culture guaranteed to undermine the key ingredients of success for any champion team – which are trust, focus and unity.

It’s a culture guaranteed to fail when it counts most.

Robert du Preez is a fine coach. And his sons are all mighty fine rugby players, but putting them together is never going to bring out the best in any of them – or the team.

The mental pressure placed on all the Du Preez’s must be immense – having to prove themselves worthy of selection –  week in and week out.

Playing under undue mental pressures often leads to top players inevitably losing form by virtue of the unending pressure on them to achieve top results – as we have seen with Robert du Preez JNR.

In fact, ‘burn out‘ is becoming an increasingly common phenomenon in sport as a result of players simply trying too hard to please. Many an international career has come to a premature end due to undue family pressures.

The reality is that the Du Preez brothers will play better without their dad in close proximity – and Robert du Preez SNR will coach better without the added undue pressure of having to justify the selection of his sons at every turn.

Let’s hope they can move forward and make the required coaching/cultural changes – before they start losing star players.

It’s no secret that the mercurial boot of Curwin Bosch is already on the radar of other teams who are willing to give him a full go at flyhalf…………..

EXCITING NEWS FROM THE GAME PLAN

In May I will be launching my 5th book sharing insights,innovation and inspiration:

NO HEALTH. NO WEALTH.

Its a practical guide for living a happy and healthy life.

If you would like a complimentary eCopy – please email me at :