Live the journey – don’t chase the game. An extract from my latest book. 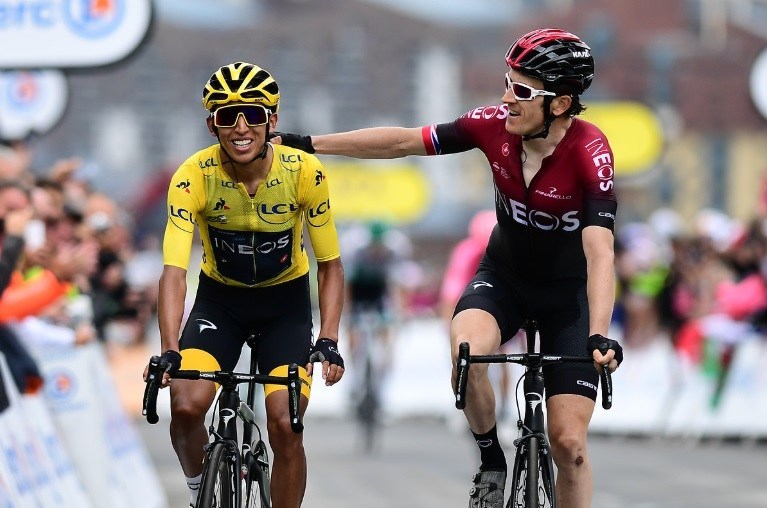 “Life is not a race, but a journey to be savoured each step of the way.”–Brian Dyson. Former Coca Cola CEO

When one observes and studies the great champions of business, sport and life – patterns begin to emerge.

It was an incredible opportunity missed, but I do not only come here to win Wimbledon. I come here to try to have good runs, to play in front of an amazing crowd, to play on centre court against players like Novak.   – Roger Federer

On becoming the youngest winner of the Tour de France in 110 years and questioned about the pressure of donning the yellow jersey.

It’s strange, because I don’t feel pressure. I really love to ride the bike. I enjoy the race. I enjoy to be fighting with these guys, the adrenaline, you know – to wait, wait, wait, then attack and go full gas. For some it’s a lot of suffering but I love it. It’s not a space for pressure.    – Egan Bernal

On coaching the Crusaders to three consecutive Super 16 rugby titles.

We prepare people to succeed in life. Winning is a by-product.  – Scott Robertson

On becoming the first goofy- foot surfer in 30 years to win The J.Bay Pro in South Africa.

It feels so good. This is a hard contest to win. I just had a lot of fun this week, and I wasn’t expecting this.  – Gabriel Medina

There’s a theme running through all these quotes:

“Success is found in the process – not the result.”

Often the result is something known as BURNOUT.

There are many sporting examples of burnout, but the most famous must be Tiger Woods at age 31.

For over a decade Tiger dominated the golfing world in his relentless chasing of Jack Nicklaus’s record tally of 18 majors wins.

Tiger desperately wanted to become the best golfer who has ever played the game.

The domination seemed to be working for Tiger, until his dad’s tragic passing in May 2006.

It proved to be the tipping point in Tiger’s life – the real life game-changer in his personal and professional life.

Without his supreme mentor, strategist, tactician and confidante by his side, Tiger’s life began to derail at an alarming pace.

Chasing the game is the human trap one falls into when one places too much focus on results; thus placing too much pressure on one self; the pressure becomes unrelenting.

Something has to give.

Domination is a dangerous way to approach life.

As we all know, Tiger is a ridiculously gifted  golfer, and has now  gone on to claim a further Masters green jacket, but it could all have been so different if  he had changed his outlook on life, after the passing of his dad.

Sadly, he lost nearly a decade of greatness.

The greatest sporting champions guard the fine line between human greatness and human implosion by learning to embrace the bigger picture, the bigger purpose of sport :

“to Entertain, to Educate and to Enrich people’s lives”

It’s their inbuilt compass in good times – and scaffolding in bad times.

By staying in the game, and not chasing the game – the greats intuitively release the relentless pressure placed on themselves to win week in – and week out.

Results are their by-product.

Success is found in the process – not the result. 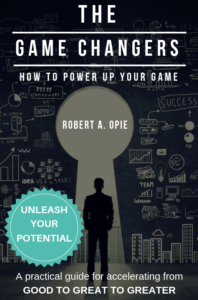 THE GAME CHANGERS – how to power up your game from Good to Great to Greater: Robert. A. Opie

If you would like a complimentary eCopy sent to your inbox, just send me a request at

Or book an inspirational and interactive talk to take your team to that next level of Performance , Growth and Contribution.