Knowing when to ‘give up’ is important in life. Here’s why. 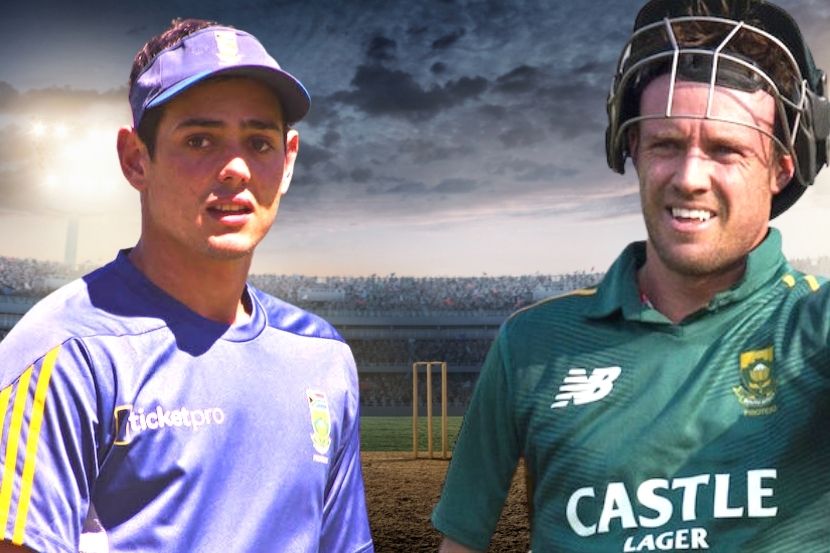 I often hear people saying ‘never give up’.

That’s perfectly ok, but when I hear people say ‘never ever give up ’, I never quite see the wisdom in that stance.

Whether it’s in business, sport or life, one must put personal criteria in place – to know when to give up – when to move on in life.

Here’s why, using a sporting example, which has left many SA cricket fans a little bewildered – even before the Quinton de Kock debacle.

Why is a player of AB de Villiers’s sheer calibre and class not representing his country at the 2021 T20 World Cup?

He made a rational call.

Cast your mind back to the 2015 Cricket World Cup in Australasia.

AB de Villiers was the captain.

The Proteas dominated the pool stages and AB knew he had his team lined up to win the World Cup that year – only to be dumped out the tournament in the semi- finals by New Zealand.

On the eve of the semi final, AB had the carpet pulled from under his feet.

That evening before the semi-final, he got a long distance call from the Cricket SA bosses.

He was instructed to change his team selection – instructed to replace one of his inform top bowlers in the tournament – with an INJURED player of colour to make up the quota numbers.

Imagine, at the very last moment, having to tell an inform player who has been ‘playing his socks off’– that he is now dropped for a World Cup Semi final – for an injured player.

The team, who had sensed World Cup victory at long last, was gutted.

With one “last minute” ultimatum – all hope flew out the window that night.

You can read more by reading my blog from March 2015 by clicking on link below:

Here’s what AB had to say at that time:

I have absolutely no idea what to do from here on in; I don’t even know when we’ll be going home. It’s going to take some time. As a captain I’ll be there for the guys as much as I can, there’s nothing we can do about it now.

If things had changed for the better at CRICKET SA in the last few years, I’m sure AB may have reconsidered for the 2021 tournament.

So many SA fans wanted to see AB back.

But – since 2015 – things have only gone from bad to worse at the very top level of CRICKET SA.

As Warren Buffet puts it:

You should never work for people who make your stomach churn or who keep you up at night.

If your bosses are responsible for making ‘your stomach churn’ – you’ll soon find yourself ‘out of form’ – in sport, business and in life.

Put simply, it’s near impossible to perform consistently, when your bosses are responsible for consistently making your stomach churn.

You will simply ‘undo’ your own personal values – your own life.

Well done AB for knowing that – and making your rational call.

It’s not your job to fix CRICKET SA at the very top.

Cricket SA is an organization which is in desperate and urgent need for inspired and visionary leadership at board level.

Note: Unfortunately, more than six years on, after the 2015 World Cup debacle – we find Quinton de Kock forced into a similar corner at the 2021 T20 World Cup – by another ‘last minute’ ultimatum given at board level.

There always seems to be a drama when we go to World Cups. That isn’t fair.”

Let’s see how this one plays out on team performance at the current T20 World Cup?

Whether it’s in business, sport or life – you have to know when it’s time to give up – when to move on.

If you would like a complimentary copy of any of my published eBooks , please CLICK HERE to read more and request your FREE copy.