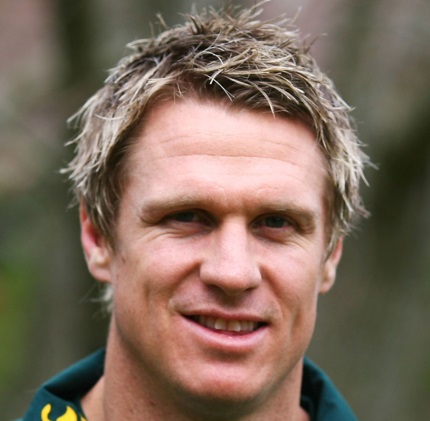 Hats off to Jean de Villiers coming up trumps again on Saturday at Newlands. A great captain and a great leader under pressure. The result was a hard earned Bok victory against Australia, and add two more superb tries to his own personal tally. But, behind it lies a Bok captain in a cauldron again, and a Bok Brand being significantly undermined and devalued.

In 2008, John Smit found himself in a similar position and was forced to address his team on the matter. On Saturday Jean de Villiers would have had to do the same. John Smit referred to it in his book entitled ‘Captain in a Cauldron ‘ as ‘killing the cancer ‘,when a player finds himself selected under duress – or let’s call it what it really is – political interference . In 2008, the said player was a certain Luke Watson, and Smit could see his team was decidedly off color – on and off the field. Add to that most of the players did not enjoy Luke Watson as a person. He simply did not fit into the squad! Now, that was not the case on Saturday when Oupa Moheje took the field – obviously well liked by all the players, but with one problem. Every player in the team knew he had been given his starting cap under duress – due to political interference. The result was a Bok team hopelessly off color in the first half on Saturday. Out of sync they found themselves 10-5 down at half time. Add to this a fumbling captain who normally has the best set of hands in the game .The Boks knew they had to dig deep again, but did they know how?

The issue? With 20 years of democracy under our belts, when will we ever learn? When will we simply stop looking at color – when will we just say no to political interference in sport. A Bok jersey is one that is earned through blood, sweats and tears, but above all being the very best in your position– to earn that starting cap in green and gold. That is what drives the Bok Brand, makes the team gel and drives up performance to the next level. With full respect to Oupa as a person, on Saturday we saw a test starting cap handed out to an inexperienced player who was far from the best option at No 7, and that said it all to the other players in the squad .Certainly no fault to Oupa, who has done superbly well to get into the squad, but was now put in position he should not have had to answer too. He still needed to be tested off the bench, against lesser opposition –when the right opportunity presented itself. Saturday was not the right time – and the players all knew that! And they also now knew for certain, that not one of them in the team could secure their position purely on merit of performance. Now that is the real game changer in sport ,as it destroys the key ingredient that drives all sporting champions to the next level – Faith , Confidence and Belief – called FCB .The interference undermined the team dynamics , and they simply failed to gel in the first half – near everything going wrong ! And it was not Oupa’s fault !

Luckily Saturday turned out to be a tale of two halves, and I am sure Jean de Villiers had some very wise words to say before coming out the tunnel at half time. Yes Oupa ,did his best , but sometimes one’s best is just not good enough at the top level .His substitution early in the second half rekindled the Bok team dynamics – and they surged to a 28-10 victory . Suddenly the team was able to gel. Not because Schalk Burger had the No 7 jersey , but because the team pulled it all together again –felt more relaxed with the situation – suddenly the dropped passes were gone – and a bonus point try resulted .The players gave it their all in those last thirty odd minutes, and Australia added zero points to their half time tally !

Well done to captain courageous Jean de Villiers, but next week it starts all over again and this time it will be the far tougher All Black team. Let’s hope the ‘political interference cancer’ has been killed off, so that you have the mental and physical energy to have a fair crack at the best team in the world on Saturday. But, this time with none of the unnecessary pressure you found at Newlands. The lesson has once again been heard loud and clear. Select ‘rugby players as rugby players ‘! Twenty years down the line – who actually cares anymore about color! I am sure Oupa will agree, and he himself will know if and when he is ready to start in a Bok jersey. Till then, he must go through the ranks to earn his stripes like anybody else. That’s the magic of the Bok jersey . Bok team dynamics depend on how that ‘Bok jersey’ is awarded and presented. And that is how pride and hope is built for a nation .It’stime our politicians focused on building brand value , not destroying it ! Our nation and Oupa deserve better!

A great captain and a great leader under pressure