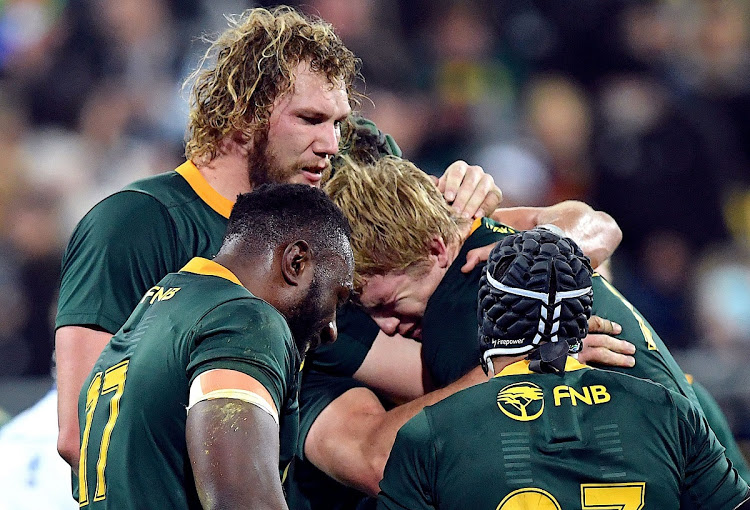 What an epic game of rugby on Saturday.

Brilliantly refereed by Welshman Nigel Owens – who allowed the tries to flow by putting advantage before infringement.

But, in one incident on the 67 minute mark, Nigel Owens and both his assistant referees, did get it badly wrong.

The incident was reminiscent of Sonny Bill’s red card during the most recent British Lions series.

Kieran Reed charging into a ruck to clean out François Louw – with a deliberate and dangerous swinging elbow to Louw’s head.

Francois Louw was knocked back – nearly knocked out – but he got up and continued playing immediately.

In the British Lions series a number of Lions players threw up their arms in dismay – and demanded that the French referee put a stop to the game and call in the television referee.

The Springboks did not.

Sonny Bill got a red, becoming the first All Black since Colin Meads to be sent off.

They kept defending with blood, sweat and tears.

This shows the true character within this new Bok team.

It also shows the close bond which exists between the All Blacks and the Bokke.

And it speaks volumes about the camaraderie between two great rugby nations, and why these two teams have beers in the change room after the game.

He helps both teams and individuals to achieve their greatest potential in life.

Contact Rob to find out about his latest inspirational POWER TALK :

PERSONAL BRANDING:POWER UP YOUR GAME. How to achieve your greatest potential in life