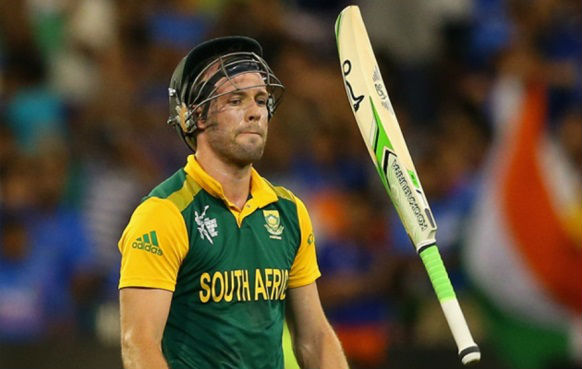 After losing out to New Zealand in a dramatic World Cup Semi- final in Auckland, AB de Villiers cut a dejected figure at the post match press conference.

De Villiers said he had never felt so low.

I have absolutely no idea what to do from here on in; I don’t even know when we’ll be going home. It’s going to take some time. As a captain I’ll be there for the guys as much as I can, there’s nothing we can do about it now.”

Well, that is the nature of sport.

Someday someone will just have your number – things go wrong.

One’s best made plans – one’s strategies and tactics get derailed.

It’s this dramatic nature of sport that makes us love the game so much.

Sport speeds it all up. The successes are instant, the failures dramatic .

It’s transparent for all to see .

It consumes our emotions, and sometimes it does make grown men cry when the powers that be

But, for AB deVilliers, it’s important to remember that while some might say it’s just a game, others will say it’s more than a game .

Sometimes it’s then wise to look back at history for a lesson in leadership – and what it is really about .

Hundreds of years back, one of Francois Drake’s crew members returned to England after circum-navigating the world, only to be chirped:

You have nothing after so much time and effort

No, I’ve not made much, I’ve been cold, I’ve been hungry, shipwrecked, desperately frightened, but I have been with the greatest captain who ever sailed the seas ‘

AB de Villiers you have delivered a master class in batting in Australasia.

But, most of all you are a class act.

And you have made South Africa proud by playing the game right !

Entertaining, Educating and Enhancing a nation.