Maradona and Messi. An inspired story of two Argentine icons.

What makes for human great – greatness defined by the achievement of all three S’s?

My belief is that human greatness lies not in what you do – but why you do it.

It’s having a sense of purpose in wanting to better the world – in your own way.

Here’s the story behind Maradona and Messi – born decades apart, yet both inspired by a common purpose to ’Entertain, Educate and Enrich’ the world at the level of great.

Some may say genius.

It was shortly after the Falklands war had ravaged an already frail economy.

His story, like that of so many great athletes, is one of using his innate and gifted physical talents to both shield himself from hurt and deliver himself from a life of adversity, poverty and struggle.

At age 10, he was diagnosed with a growth hormone deficiency. Due to his country’s economic collapse at the time, no one and no club, could afford to cover his medical bills.

As the Messi family had relatives in Catalonia, they sought to arrange a trial with Barcelona in September 2000.

Lionel Messi was just 13 when he was offered a makeshift contract on the back of a paper napkin to join the Barcelona Youth Academy.

Standing just 5 foot, 6 inches, who would have thought that he would go on to become one of the greatest footballers of all time ?

An icon inspired to Entertain, Educate and Enrich his home nation – and the lives of millions around the world.

Born on 30 October 1960, Diego Maradona, the fifth of eight children of a factory worker, grew up in the Villa Fiorito shanty town, on the southern outskirts of Buenos Aires.

At just 5 foot four inches in stature, Maradona also found himself playing for Barcelona by 1982. But, unlike Lionel Messi his stay at Barcelona was brief, curtailed by injury, sickness and controversial on the field incidents.

His sending off at the 1982 World Cup tournament in Spain, reflected on the turmoil he felt as his country fought the Falklands War.

But everything changed for him when he transferred to Napoli and helped them, as under dogs, to the Italian title twice – and creating a whole new set of adoring fans in the process.

Nothing however would match the pinnacle of his career when he led his home country to a World Cup triumph in Mexico in 1986.

This week one of his adoring fans reflected:

I was 20 when the 1986 World Cup was held, with all my family, and I cannot forget that moment he gave us, that moment of happiness. We had come out of a war in 1982, we needed some joy. Diego, like a hero with his team gave us that happiness, and on top of it all playing against the English, it really was unforgettable.

For many his off-pitch life overshadowed his football genius.

But, no one can argue that he did not Entertain, Educate (albeit in different ways) and Enrich the lives of millions.

He lived his life true to his purpose.

He lifted his country when they most needed it.

He will always be an icon of possibility for his fellow Argentines. 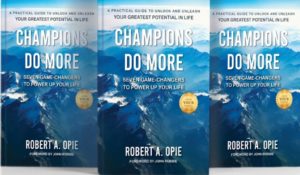 Not possible with Bidvest as a 29% major shareholder.

Yes, with Comair’s demise seeded long before the COVID -19 turbulence.

It says a lot when a major Comair shareholder, as in Allan Gray with 15 %, decides to just walk away from the company, accepting just one cent in the rand – when just eighteen months back their investment was worth over R400 million.

That is a tough call to make, but as Warren Buffets puts it:

There is never just one cockroach in the kitchen when you start looking around.

Then their CEO, Wrenelle Stander who has  over 25 years of experience in the aviation and energy industries, takes a  forced immediate walk.

JSE public listed companies such as Steinhoff and Tongaat have also recently destroyed shareholder wealth, but at very least they have remained listed on the JSE – to try to make things right – by changing their ways.

Not so for COMAIR, who via their voluntary ‘Business Rescue Coup’ together with BIDVEST, have moved to delist – and wipe out all minorities who invested in an airline which on its website explains:

We’re committed to maintaining principles of good corporate governance and managing our business in a responsible manner: with integrity, fairness, transparency and accountability.

Their voluntary business rescue plans make a mockery of this statement.

Comair, with ex Bidvest CEO, Lindsay Ralphs the helm of the board through the business rescue process, will need to be asking some tough ethical, moral and cultural questions of themselves – as to why they chose not to make a  ‘fair and reasonable offer’ to their shareholders.

It’s not too late for Comair to take this opportunity to make things right – change their ways.

At a time when corruption has badly affected BRAND SOUTH AFRICA’S CULTURE – and President Cyril Ramaphosa is giving it his all to ‘turn the tide’ – corporate business ethics need to be more guarded, and more accounted, not flouted.

Comair’s return to the skies in December has been painted as ‘heroic’ by their new executive team, but all is not well when one goes ‘inside the cabin’ to see who is flying the plane now.

Even the JSE, who has long been the corporate market regulator, is struggling to contain what is happening during turbulent Covid times.

Transparency has become near non –existent for some public shareholders – and Comair, through voluntary business rescue, are about to pull off what can be bluntly termed their own:

We have all recently watched how Steinhoff, then Tongaat, have destroyed shareholder wealth on the JSE.

Now it’s the turn of Comair, but they are going one step further by delisting.

Through providing ‘beneficial outcomes’ to major shareholders, the new Comair consortium have conspired to ‘wipe out’ all minorities.

Most of us as South Africans would like to see the big ‘Green Machines’ flying again soonest –  in order to save jobs – but NOT  if it unethically and immorally flies in the face of encouraging desperately needed business investment in South Africa.

Let’s face it. Comair was far from bankrupt.

Although Comair’s Business Rescue practitioners have tried hard to paint a picture of near liquidation, it will be hard to convince anyone who knows the flying game, that Comair with its vast assets, and having been flying successfully in SA’s skies since 1943 – was ever close to liquidation.

Like other companies facing a temporary cash flow challenge, all that was needed was a rights offer to stabilize their balance sheet, coupled with an innovative turnaround plan to:

But, they chose to play their own ‘COVID CARD’ and go into voluntary business rescue – then suspend their public shares – and then delist in order to wipe out all their minority shareholders.

As we approach the 3rd SA INVESTMENT CONFERENCE this week, Brand South Africa is entering torrid turbulent waters, if we just stand back and allow a public company like COMAIR – together with their business rescue practitioners: ASO CAPITAL – to quietly pull off their own ‘Great Air Heist’.

Taking the company private, without making a fair offer to minorities, is nothing short of a cleverly disguised:

At a time when crime and corruption has badly tarnished BRAND SA’s overall image, corporate business ethics need to be more guarded, and more accounted, not flouted.

How good was the “Chasing the Sun” film?

Inspiring our nation – men and woman.

Congratulations to the Super Sport team who put it all together.

This past Sunday, Jackie Cameron, BIZNEWS editor, asked me to add some perspective after the New Zealand Herald had sent out a video of one of Rassie’s locker room speeches – taking it viral in NZ.

Our BIZNEWS article has this week already been read by over 27 000 people, proving just how popular Rassie is in South Africa.

Here’s the link if you want to watch/read.

Rassie gave us all a MASTERCLASS in Japan – showing us just how emotional “E” Power can be used to build a rugby team.

But, what he really showed us is how emotional ‘E’ Power can be used to build a nation.

Emotional ‘E’ Power has the ability to galvanize teams (and nations) – and turn underdogs into destroyers at any given point in the game of life.

The video reveals how Rassie was thinking before the Japan game.

He knew that the real danger of playing Japan in front of their RWC home crowd was emotional ‘E’ Power.

If Japan had got just a sniff – and were allowed to play ‘their own game‘ – the Bokke would have found themselves in some kind of early trouble.

Rassie had to plan to decisively ‘snuff out’ any chance of that happening.

He chose to do this by leveraging off the Bok’s own form of a higher ‘E’ power.

Instead of using the opportunity to ‘revenge’ the emotional loss to Japan in 2015, he chose to rather focus on the Bok’s playing :

Strong authentic words were called for to get his message across.

The Boks took an ultra aggressive approach to this game – and the Japanese were blasted out of the RWC.

It would be opportune for us to now to invite our Japanese friends to tour South Africa – as soon as possible.

They were great RWC hosts and we need to reciprocate – and help them further put rugby on the map in Japan.

But for now, we are gearing up for the incoming British & Irish Lions tour……..

No doubt that Rassie is already hatching his new MASTERPLAN to win on the field of play.

It’s going to be a cracker-jacker tour.

South Africans must all get ready to host the incoming fans off the field.

Any BOK supporter, who has toured Ireland or any of the home nations for that matter, will tell you how well they host us South Africans.

We need to open up our borders, our airlines, our hotels, our stadiums, our pubs, our homes and our hearts in 2021 (given protocols) to host our British and Irish friends.